nay...not the least!
In fact, dear blogger friends, while I’m so grateful to all the kind souls who considered me worthy of these wonderful awards, I’m on the other hand ashamed of my incapability of receiving any of them in the right way.

I was on cloud nine when I received my first one about this time last year, and started working on the obligations right away. But I soon felt a stress building up on finding there was no answers to some questions asked by the giver or I did not want to reply to some others...which in turn posed a bigger problem when I understood that the friends nominated by me might find themselves in the same fix! 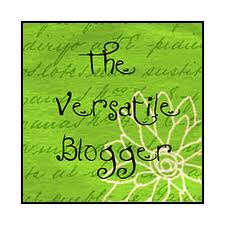 Within a couple of weeks I received many more, adding to my predicament of fulfilling the riders.
I also faced a traumatic dilemma of who to give and who to leave, for there were lots who I wanted to give away to but there always was a restricting number of prospective receivers.
And then they were like pouring down...there was one or two every third day! Ego fanning it definitely was but a realization soon came as a price: I couldn’t cope with the fact that I have received so many of them so many times, and the blogs I adored most had none! It was like savoring delicacies with deprived friends around.  Adorning my blog with awards and seeing those I loved without any was an excruciating pain, resulting into my failure of being game!

As if all this was not enough, I noticed some awardees mentioning the number of times they received it beside an award, which somewhat appeared as an obscene display of superiority, and at this point I decided (although I had accumulated a dozen by then) to steer clear of this quandary, and excused myself by deleting all the homework I had done to properly accept and nominate for my awards.
As I have received more than 20 in last one year, and still regularly get nominated by nice friends I believe it is my duty to tell you all the facts behind my having not continued the chain and my reasons of sitting on the favours bestowed upon me. I have so many wonderful blogger buddies and lovable blogs around that I just can’t pick and choose. 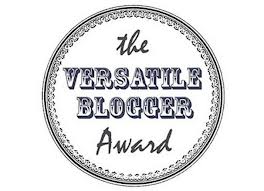 Your kind visits and lovely comments are my awards and rewards, and I value YOU more than anything else. Your loving support motivates and encourages me always, and I hope you will continue being with me at all times!
Warm regards and hugs J
-Amit/Safarnaamaa 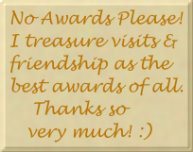 PS: My sincere apologies to generous friends who gave me these awards, but I couldn't accept  them!